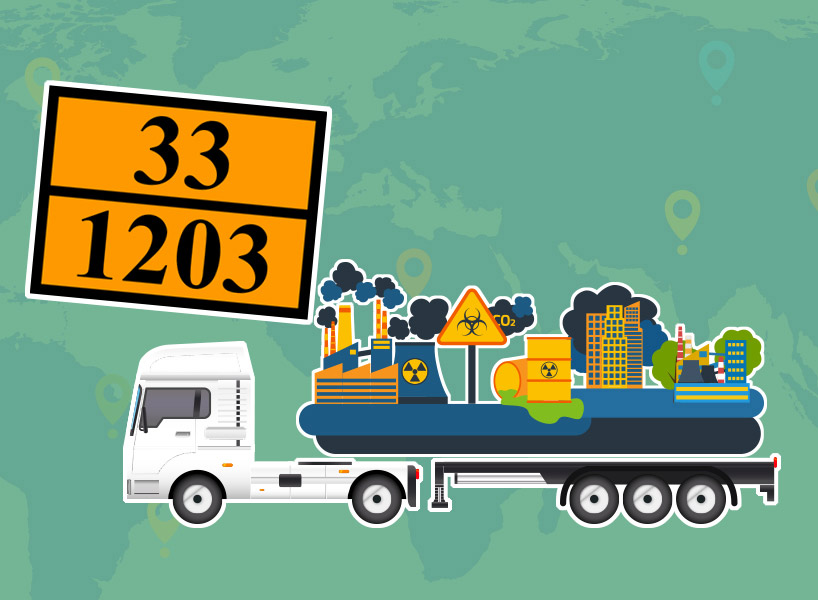 THE TRANSPORT OF DANGEROUS GOODS ON THE ROAD IS REGULATED BY THE ADR INTERNATIONAL AGREEMENT. TEXT THAT IS UPDATED EVERY TWO YEARS.

The transport of dangerous goods in Italy today is subject to very precise directives, which are linked and dependent both on the type of product being transported and on the type of means of transport used (Truck, van, etc)

All the actors involved in the transport of dangerous goods, from who makes the shipment to who carries out the load, from who carries it or who receives it, has precise rules to be respected.

For example, the sender (the consignor) must define the classification of all goods, define the appropriate packaging on the basis of what is transported, or rather the degree of danger of the goods transported, producing from time to time a series of precise documents and obligatory to operate according to the regulations in force and, above all, being dangerous goods, to guarantee the safety of all the actors involved.

Clearly, particular attention is paid to the means of transport that are equipped in a specific way adapting each time to the type of dangerous material that is transported. Precisely in order to be able to immediately identify the type of goods transported, the vehicle must have special panels, all according to the norm, which specify the class they belong to. Panels that are applied according to the various cases or on the front or rear or vehicles of the Futura Srl Trasporti fleet, all in accordance with EURO6, in some cases, even laterally to our vehicles.

The staff of FUTURA SRL TRASPORTI is in possession, as well as the normal driving license, of the Professional Training Certificate A.D.R., obtained by taking an exam only after having followed a specialized course on the transport of dangerous goods. The certificate is valid for five years from the examination date and can be renewed one year before the expiry date. It is the responsibility of our administration to put the utmost attention to these aspects in order to operate in complete safety and in compliance with current regulations on the transport of dangerous goods.